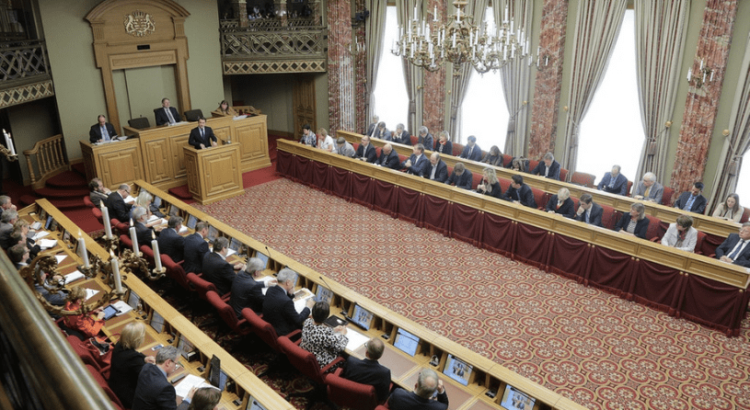 The small European city-state of Luxembourg has just passed a bill which provides a new legal framework for tokenized securities. 58 members of parliament approved the measure with only 2 opposed.

There’s been much talk of which would be the first nations to adopt legislation specifically addressing the topic of tokenized securities. Although Malta is currently on the books as being one of the first countries to actually have blockchain-specific laws (with Singapore not far behind), we can now also include Luxembourg on this small list of nations.

The passed legislation is a historic move which signals that security tokens are not only here to stay, but will be a crucial part of the future’s digital infrastructure.

Passed with an Almost Majority

According to a notice published on Thursday, Luxembourg’s Chamber of Deputies passed the bill with flying colors with only two parliament representatives voting against it. The bill, titled Bill 7363, will provide security token issuers and market-makers legal certainty for the first time.

According to the Chamber, “The bill should provide greater certainty for investors and make the transfer of securities more efficient by reducing the number of intermediaries.”

Luxembourg has been known as being one of the most blockchain-friendly nations in the United States, on par with Malta. For example, in 2013 the country amended a securities laws passed in 2001 to allow for “dematerialized securities” to be issued.

Under Bill 7363, tokenized securities will have the same status as traditional securities. However, the bill makes clear that the “token concept” is the easiest way to relate digital securities to traditional asset classes despite being an entirely new technology.

What do you think of the good news? Will security token issuers flock to Luxembourg in the coming years? Let us know your thoughts in the comments.