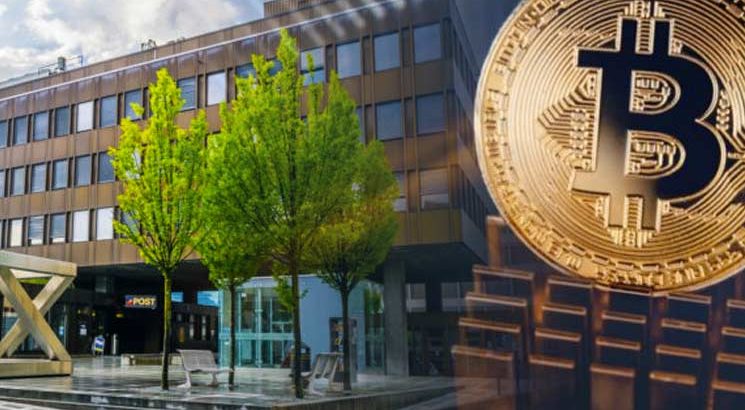 Cryptocurrencies and Bitcoin (BTC) continue to expand all over the world. The government-owned post office in Liechtenstein is now offering Bitcoin to interested users. This post office located in Vaduz, the capital of the country, is now seeling the most popular virtual currency and will also offer new digital assets in the future.

In order to do so, the company has partnered with the Zug-based company Värdex Suisse, which is the largest operator of cryptocurrency ATMs in Switzerland.

The company, Post AG informed that they are selling Bitcoin at the counter of the post office in Vaduz. The main intention of this initiative is to search for new business opportunities.

The official announcement reads as follows:

“After an introductory phase, the offer will be extended to other post offices and the exchange of additional cryptocurrencies… It will then be possible to change Bitcoin (BTC), Ethereum (ETH), Litecoin (LTC), Bitcoin Cash (BCH) and Ripple (XRP).”

After purchasing the BTC, users will receive also a physical cryptocurrency wallet that includes the public and private keys. The Liechtensteinische Post AG has been founded back in 1999 and it comprises nine post offices. They also work with other postal partners. At the moment, 25 percent of the company is owned by Swiss Post. Meanwhile, the government of Liechtenstein owns the remaining 75 percent.

The firm explains that the Swiss Post had always been in the conventional money exchange business, this is why they’ve decided to add support to cryptocurrencies to their existing service.

Värdex is the largest financially regulated blockchain and POS network operator, and it will now be providing its services to allow Liechtenstein’s Post to sell Bitcoin and other digital assets in the future.

At the moment, Värdex operates the largest crypto ATM network in Switzerland with 26 different locations that support Bitcoin, Ethereum and Litecoin. Switzerland and Liechtenstein have been playing an important role in the cryptocurrency market.

Specifically, Switzerland created a clear regulatory framework for companies to start operating in the country. Several firms are starting to settle their operations in the Alpine country trying to have a clearer legal framework and have access to a highly skilled population ready to work in the cryptocurrency market.

Union Bank AG, a popular bank in Liechtenstein that offers corporate banking services announced that it will be launching its own security tokens following the rules established by the regulatory authority of the country the FMA.