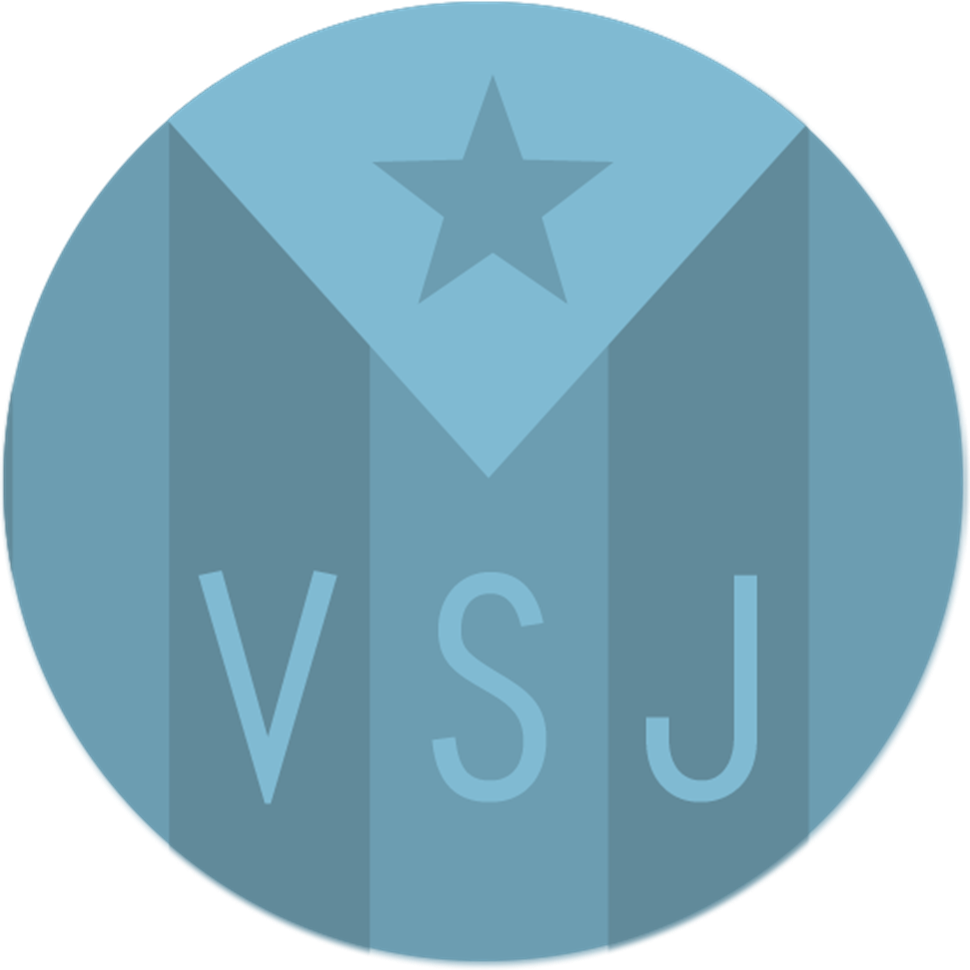 Viejo San Juan Comunidad RE Fund is founded by resident Puerto Ricans on the belief that Old San Juan offers a unique opportunity for investment, with a lifestyle offering that will continue to attract new residents as arguably the most livable urban neighborhood in America. VSJ’s channeling of investments into the Old Town will buttress the culture and lifestyle of this historical Caribbean setting. The founders of the Fund view the investments from a social impact perspective, while mindful of the IRR.

The Fund has targeted, and is in contract with properties for both redevelopment and current rental income. In particular, the Fund intends to redevelop a landmark building for the crypto/blockchain community.

There is a heady renewal going on in historical Old San Juan real estate. Old San Juan is a unique and distinct community from Greater San Juan. The Viejo San Juan Comunidad RE Fund will focus on commercial properties in Old San Juan and Paseo de Puerta Tierra with opportunistic investments in residential properties, and in farmland to provide a regular pipeline of organic produce for VSJ residents and restaurants.

The VSJ Fund is differentiated by its strategy of matching building development to end users. As an example; a 17,000 sq ft ocean view warehouse is being renovated by a new rum distillery as a tourist destination for the cruise port. The Rum company is financing the renovation of the building with an agreed upon mark-up to The VSJ Fund and a long-term lease to the VSJ Fund. The strategy being not to develop or invest in properties that are pre-leased/sold.

A cornerstone investment of the Fund is a property with commanding presence in the heart of Viejo San Juan to cater to the crypto/blockchain community, offering premium office space at current market lease rates. This target has not entered into contract pending lining up companies to lease the space. Complementing the urban properties is the purchase 44.6 acres (48 cuerdas) of excellent fallow farmland in Las Marias, about 25 minutes from Mayaguez to grow organic produce for sale at the Mercado Agricola Natural in Viejo San Juan, thus adding an element of urban self-sufficiency. This property is in contract and is an exception to the pre-lease strategy, but at it is being funded through an EB-5 investment, it will create 10 full time jobs.
While the Fund is acquiring properties for current cash flow, rejuvenation and capital appreciation following a portfolio optimization approach, there is also a conscious impact investment aspect to the Fund. The partnership with Mercy Zayas, founder of Value Added Commercial Real Estate Services, PSC, the Fund has access to several “off market” properties and benefits from Mercy’s decades of experience in the neighborhood, the Fund a competitive advantage Target acquisitions are posted in the Fund’s data room on InPortal: http://inportalusa.com/viejo_san_juan_re

Special Benefits for Investors Acknowledging that in addition to lifestyle, the Act 20-22 tax incentives are a significant draw to Puerto Rico. Each initial investor with a minimum purchase of a USD $100,000 equivalent coin will be entitled to a filing for either an Act 20 or Act 22. For non-US residents, for a minimum USD $550,000 equivalent in Tokens will entitle initial investors to an EB-5 I-526 Visa filing. The investments for the fund are structured individually so as to permit an EB-5 I-526 Petition to be filed immediately following the investment. However, the number of I-526 Petitions will be limited on a first-investor-in basis by the ten jobs created per investor criteria. Token holders will also have access to the 44-acre organic farm.

In addition to the legal work for the tax and visa submissions, participants in the Viejo San Juan Comunidad Fund will have preferential access to AirBnB properties, no-escalation office leases at current rates, and input on the farm practices.

Viejo San Juan presents a rare market opportunity offering incredible value combined with a unique urban lifestyle. Commercial property cap rates of 14% are not uncommon, with quality space leasing at $15/ft net. Well-appointed residential homes in VSJ have been clearing at $180-$200 per foot. There is still an abundant supply of buildings to repurpose and rejuvenate, but with these cap rates and pricing, attractive inventory will soon be taken.

The harbor of Old San Juan is one of the busiest cruise ship ports in the Caribbean and provides a regular flow of customers to support the restaurants, boutiques and high-end retailers able to pay rising rents in addition to other tourist arrivals via the privatized, San Juan Luis Muñoz Marín International Airport.

VSJ is the oldest settlement within Puerto Rico and the historic colonial section of the city of San Juan. Listed on the National Register of Historic Places as the “Zona Histórica de San Juan” there are strict remodeling codes to prevent new construction from affecting the common colonial Spanish architectural themes of the old city, where **in return for maintaining the architectural integrity of the buildings, owners pay no property taxes.

The current uniqueness of the VSJ real estate market dates to the late 1940s, with the old city in disrepair, proposals for renovating the old city and incorporating modern architecture on new constructions were being considered. In opposition to this view, Mayor Rincón de Gautier had local zoning laws changed to favor remodeling and the incorporation of Spanish colonial motifs in any new construction. When a project proposal suggested that the old Carmelite Convent in San Juan be demolished to erect a new hotel, the newly formed Culture Institute had the building declared a historic building, and asked that it be converted to a hotel in a renewed facility which is now the Hotel El Convento. This action preserved the city’s architectural profile and has been a key to San Juan’s current status as a tourist destination.

Viejo San Juan Comunidad RE Fund, while being mindful of the impact to the community, will l target an eight percent annual return paid quarterly, on cash flowing properties, or on a pro rata basis for properties which are undergoing renovations. In instances where properties are purchased for renovation to be resold, the Fund will automatically distribute 25% of the profit from the sale of the property and reinvest the balance. The Managing Member has discretion to increase the distribution.

Assuming the current cap rate in VSJ is 10% and the long-term trend rate will be 5%, there is the potential for a 100% capital appreciation. Historically, as was the case in South Beach, Miami, Venice, LA, and Soho in Manhattan, rents increase, and newly renovated buildings come on the market commanding significantly higher rents which in conjunction with compressing cap rates equates into the potential for significantly higher capital appreciation.

The VSJ Token holders should expect returns driven by the general market conditions of the VSJ neighborhood, and in addition there are special benefits to token holders who may receive preferential office lease rates, and the tax and visa legal fees that come with the Tokens.

Viejo San Juan Comunidad RE Fund is a new Fund with no track record. However, the management team of Stephen Inglis and Mercy Zayas have a long history in real estate.

Mercy Zayas, Head of Originations, and founder of San Juan based Value Added Commercial Real Estate Services, PSC since 2004, has encyclopedic knowledge of the Old San Juan market. Ms. Zayas prior to founding her own realty company was a broker for four years, after being a mortgage broker. Ms. Zayas has an astute sense for unlocking value in both commercial and residential properties and will be invaluable to the success of the Fund. Ms. Zayas is a resident of Viejo San Juan

Mr. Inglis, the Managing Member, has been identifying early stage markets with significant upside starting with Whistler, British Columbia, and King St. West, Toronto in the late 80’s, followed by Manhattan in the 90’s, and Dubai in 2006. As an investment banker, Mr. Inglis has structured and funded several real estate funds both domestically and abroad working with institutional investors. Mr. Inglis was a co-founder of Merih Morgan Real Estate focusing on Manhattan new developments. Mr. Inglis is a resident of Viejo San Juan and has relocated all his business interests to Puerto Rico.

The capital raised will be used to fund development of the targeted real estate investments primarily in Old San Juan. The raise through the VSJ Token is an additional source of capital for the fund which through SWARM’s “democratized investments”, The VSJ Fund will post projects for review and comment by token holders.

The Viejo San Juan economy is driven primarily by tourism, and in particular by the cruise port. Any change to the tourism activity, such as was caused by the Zika Virus, or terrorism would impact property values and the cash flow from hotel and AirBnB occupancy, as well as the retail stores that rely on the tourist dollars in VSJ.
Another important element of the VSJ economy is the Puerto Rico Government being the biggest tenant for office space and who have just gone through a major downsizing. This has already created a vacuum in the office rental market. It is not clear how much more the Government will cut back. The general economy of the Island is a risk to VSJ if services such as police, fire and schools make it an undesirable neighborhood to live in. Currently, VSJ enjoys a police presence that makes VSJ among the safest areas in Puerto Rico.
The interest rate environment both nationally and internationally that drive the credit markets are a risk to all real estate holdings, VSJ and beyond.