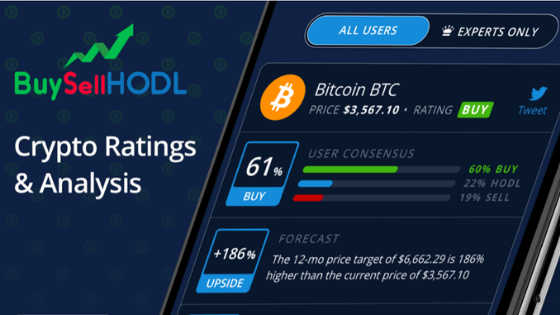 This is a paid-for submitted press release. CCN does not endorse, nor is responsible for any material included below and isn’t responsible for any damages or losses connected with any products or services mentioned in the press release. CCN urges readers to conduct their own research with due diligence into the company, product or service mentioned in the press release. Bitcoin Press Release: BuySellHODL launches one of the worlds first cryptocurrency ratings and price targets feature. The application is available for download on both Android and Apple devices. Febuary 14th, 2019, New York –  Newly launched cryptocurrency app BuySellHODL has announced the launch of its